The mangrove forests of the tropical coasts are among the most important and productive ecosystems on the earth. They play an important role in stabilizing the world's climate by high carbon storing capacity. They are the nursery of countless fish species that are important for inshore fishing, and they also protect the coastal population from tropical cyclones by reducing its frequency and intensity. But in recent decades, these productive ecosystems have come under severe pressure. Since 1980, their populations have declined by 20 percent worldwide. One of the main factors for their destruction is the unchecked spread of shrimp aquaculture - especially in the countries of South and Southeast Asia. Due to the lack of mangrove protection, tropical cyclones sweep across the Sundarbans of Bangladesh, which are claiming many lives, destroying houses, damages agricultural crops and lands. Most of the people have moved to cities due to the destruction, the remaining mangrove forests are becoming a refuge for less mobile parts of the population without alternative possibilities which increases pressure to use the remaining natural resources. Another problem of shrimp and crab aquaculture is that the demand for pathogen-free shrimps and crabs for breeding cannot be satisfied by the existing hatcheries. As a result, a considerable proportion of shrimp larvae and young crabs are still caught in the wild in mangrove areas to fulfill the demand. In Bangladesh, another problem is a number of middlemen (up to six) are involved in value chain by selling shrimps and crabs to processors and exporters which lead to economic discrimination of farmers and limit their position in the supply chain.

The objective of the project are to promote the sustainable management and special protection of mangroves through consolidated dialogue structures of multi-stakeholder partnership and interaction along the value chain of shrimp aquaculture and secures the livelihoods of shrimp fry collectors, fishermen and farmers in India and Bangladesh. 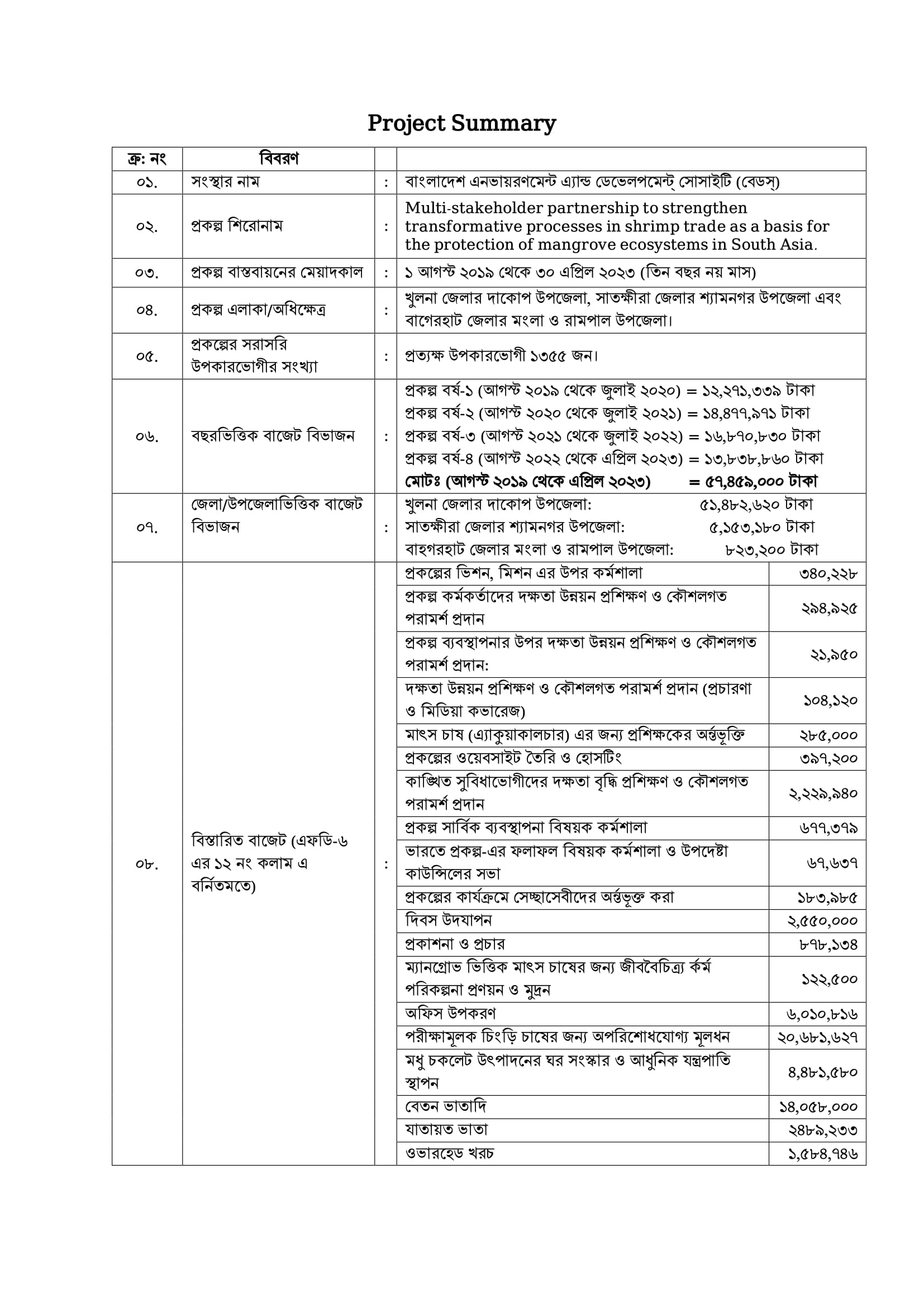 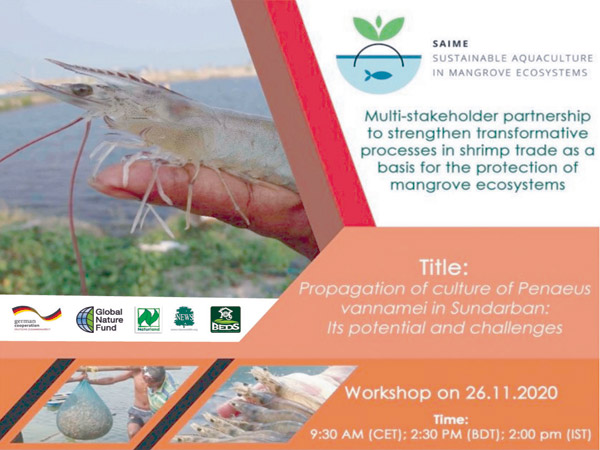 Webinar on “Propagation of culture of Penaeus vennamei in Sundarban: its potential and challenges” 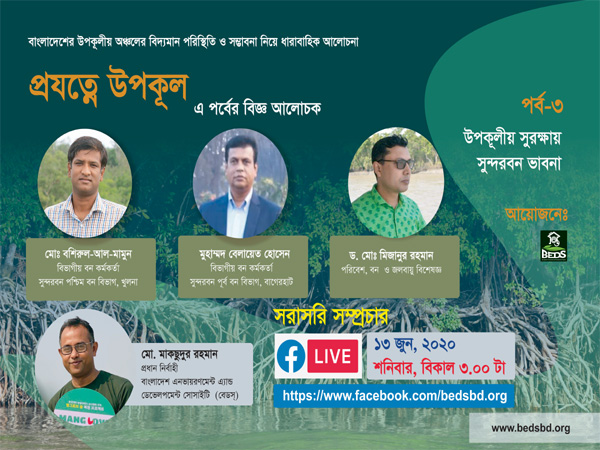 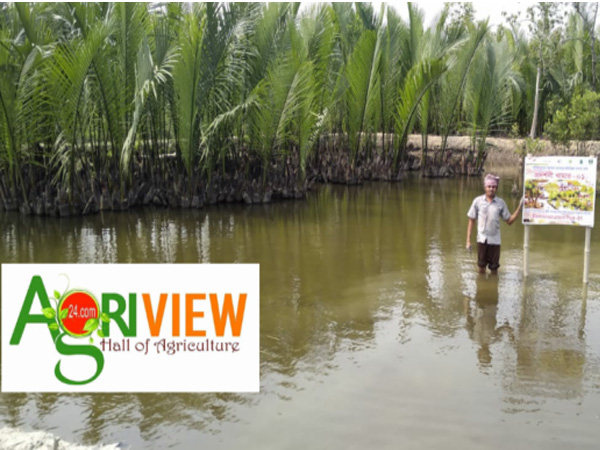 Mangrove Based Aquaculture protects our environment and farmers 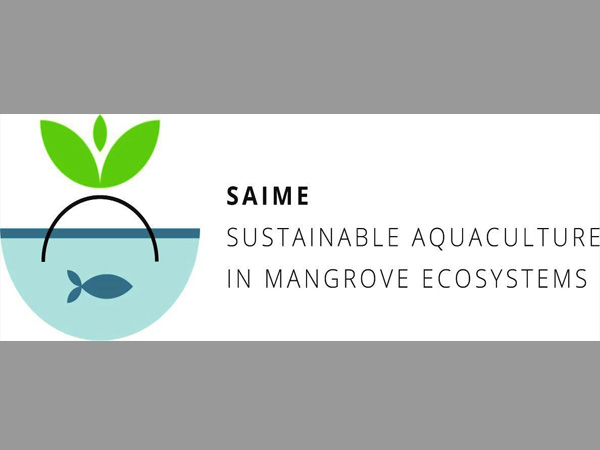 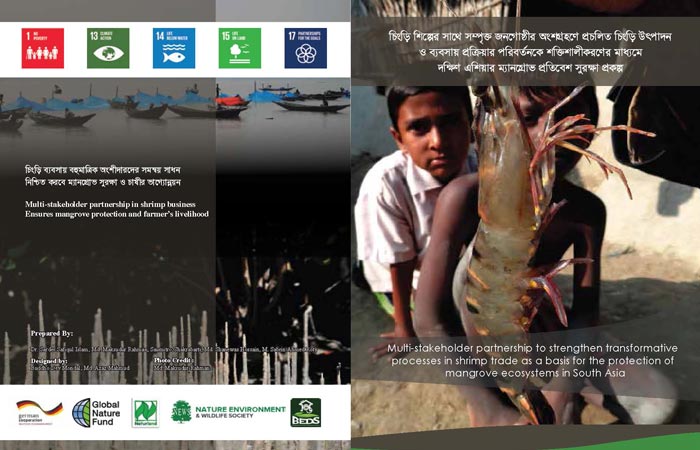 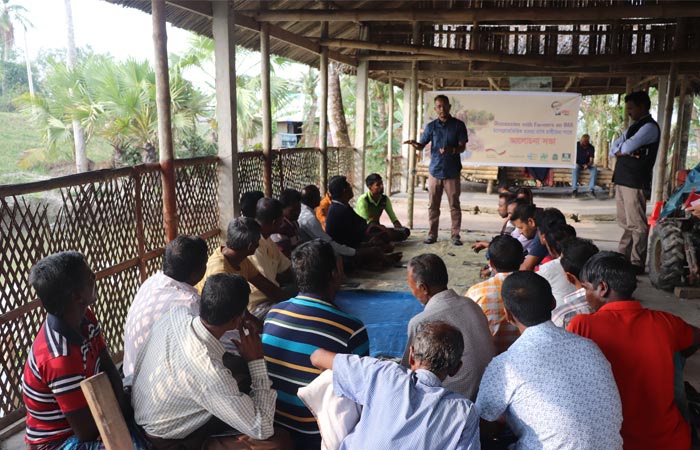 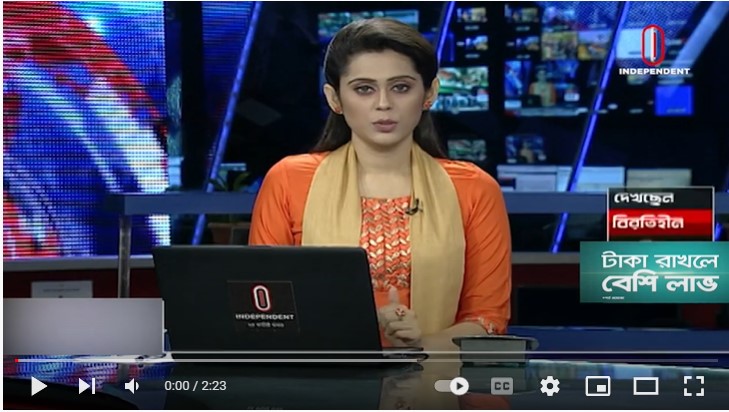